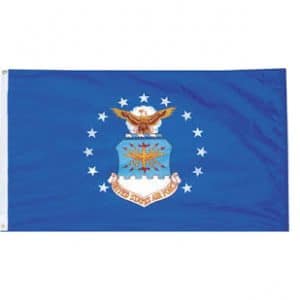 Flag of the United States Air Force, 3’x5′ Polyester, High Durability, American Made $39.99
Back to products 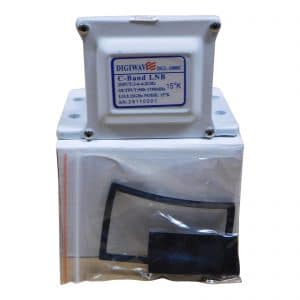 Flag of the United States Navy 3’x5′ Polyester, High Durability, American Made
Within the Armed Forces, you will notice that every branch has its own special flag. When it comes to the U.S. Navy flag, this emblem carries a lot of history and pride for the brave men and women serving under its colors.

The flag was officially authorized by President Dwight D. Eisenhower on 24 April 1959 and was formally introduced to the public on 30 April 1959 at a ceremony at Naval Support Facility Carderock in Maryland.[2] It replaced the infantry battalion flag which had been used as the U.S. Navy’s unofficial flag for many years beforehand.

It is used on land, displayed inside naval offices, in parades, and for other ceremonial occasions, and often on a staff at the quarterdeck of ships in port.[3] It is not flown by ships at sea, nor on outdoor flagpoles on naval land installations, and is not used as an identifying mark of U.S. Navy ships and facilities, as the U.S. Coast Guard ensign is.

The following is details from the Naval Telecommunications Procedures, Flags, Pennants & Customs, NTP 13(B)

1710. FLAG OF THE UNITED STATES NAVY By Executive Order 10812 of 24 April 1959, the President, upon the recommendation of the Secretary of the Navy with the approval of the Secretary of Defense, established and prescribed an official flag for the United States Navy. This flag is to be 4 feet 4 inches hoist (width) by 5 feet 6 inches fly (length), of dark blue material, with yellow fringe, 2½ inches wide. In the center of the flag is a device 3 feet 1 inch overall, consisting of the inner pictorial portion of the seal of the Department of the Navy (with the exception that a continuation of the sea has been substituted for the land area), in its proper colors within a circular yellow rope edging, all 2 feet 6 inches in diameter above a yellow scroll inscribed “UNITED STATES NAVY” in dark blue letters.

There are no reviews yet.

Be the first to review “Flag of the United States Navy 3’x5′ Polyester, High Durability, American Made” Cancel reply 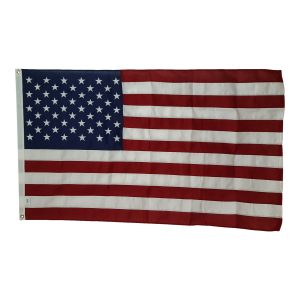 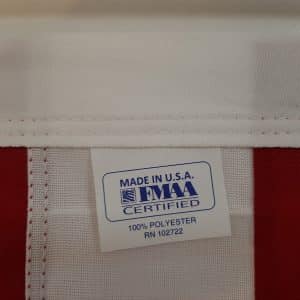 Commdeck Antenna Mounting Systems, American Made US Flags
$34.99
This is the most popular Flag because of its Heavy Polyester Fabric.  Compared to our Nylon Flag which weighs 8.5
Add to wishlist
Add to cart
Quick view 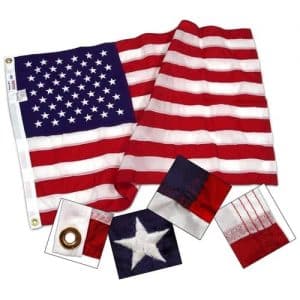 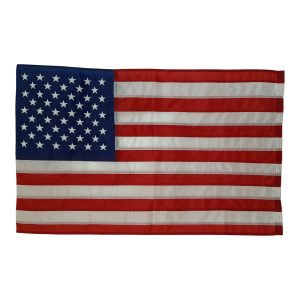 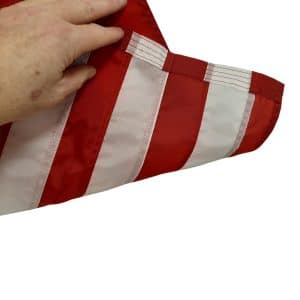 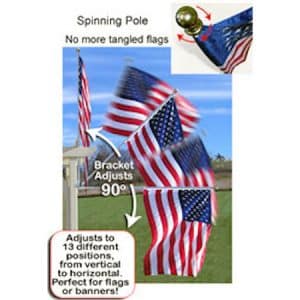 American Made US Flags
$29.99
Heavy Duty Flag Set This beautiful, high quality flag set offers a pole that “spins freely” on a set of
Add to wishlist
Add to cart
Quick view

American Made US Flags
$39.99
3′ x 5′ Herald the mythological thunderbolt toward the future. Parade the honorary flag noting the coat of arms, 13
Add to wishlist
Add to cart
Quick view 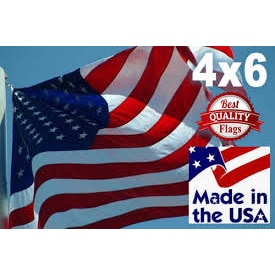 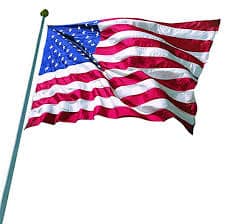 American Made US Flags
$129.99
Extra Large American Flags The American flag is one of the most recognizable and iconic images the world over. Standing
Add to wishlist
Add to cart
Quick view 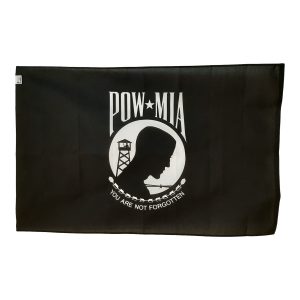 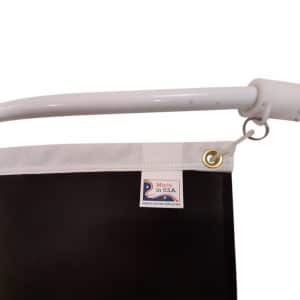 American Made US Flags
$39.99
POW MIA Flags They will not be forgotten. Fly high the POW MIA Flag to represent our missing soldiers through
Add to wishlist
Add to cart
Quick view
Shopping cart
close