The Directv HD SWM SL3S Slimline Dish pics up the 99, 101 and 103 Directv Satellitse. This dish must be alligned using the TV screen unless you choose a Directv SWM Capable Meter.

The H25 and HR34 Directv Satellite Receivers  require this LNB style though compatable with all Directv receivers. 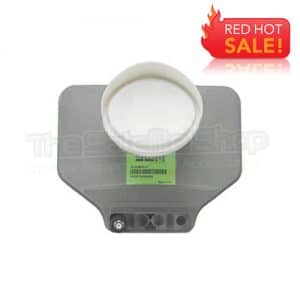 Directv SL3S Lnb for HD Slimline Dish Antenna.  If you have a Directv SlimLine dish antenna and want to upgrade to a single wire setup this is the way to go.

The SL3S lnb is able to pick up 3 satellite locations for DIRECTV high defintion programming on one lnbf. This lnbf picks up programming from the 99, 101, and 103 satellites.

The SL3S LNB is designed with an built-in 8-channel multiswitch which allows you to have multiple satellite feeds at once. This means that one output can carry satellite signal from all five satellites in the sky.
This is designed for the DIRECTV SlimLine Dish. 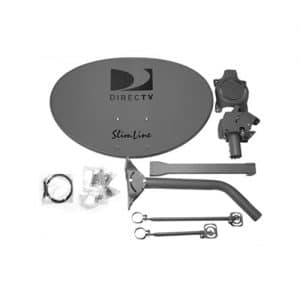 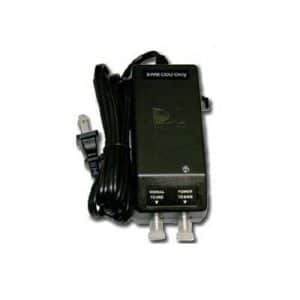 The PI-21 is specifically designed for use with the Single Wire SlimLine Dish Antenna. This is necessary for installing the Slimline SL5-S and the SL3-S dish.   Basically it powers up the LNB to 21 Volts. 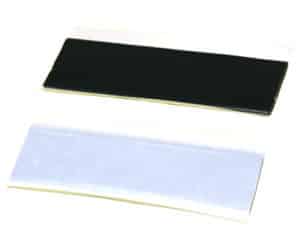 Pitch Pads, Mastic Adhesive Sealing compount are used under satellite antenna mounts when the securing lag screws need to be sealed from moisture penetration.  That is the intended use.  It can also be used to wrap around exposed low-voltage fittings and can be used to caulk around drilled holes to keep out bugs and moisture.  It stays flexible for a long time and cna later be removed if necessary.

This sealant is useful for many different jobs.  Tacky black flexible mastic.  Stays flexible for a long time even when exposed to sunlight.  We had this compound tested for 2000 hours in a UV exposure chamber and it survived with little change in surface characteristics.  In other words, its good stuff.

Handy would be the word as it has many uses.  Not an adhesive but rather a permanent flexible caulking. 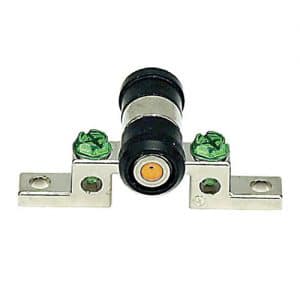 The internal components of this single ground blocks are much different from a standard frequency VHF/UHF ground block.  The center coax conductor indexes into a close-tolerance tube that is resilient (spring) brass and is gold plated.  The close center-tube tolerance assures a tight connection.   The gold plating assures a good electrical connection and the overall performance is greatly improved over standard designs.  DIRECTV approved

We stock Directv Satellite Equipment / Replacement Parts? We have a full selection of , Mounts, Lnbs, Dishes and Switches.